The superb village Church, dedicated to St Bartholomew, can trace its origins back to the 13th century and was partly rebuilt in the 1800’s.

It boasts a rich array of stone battlements, pinnacles and fearsome gargoyles and grotesques, as well as a variety of animals, angels, medieval folk. There are even dragons carved on its corbel table. 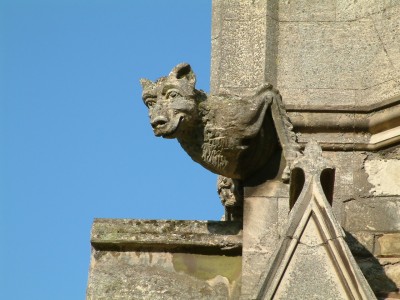 The Tower is mainly 13th and 15th century. The nave has 13th century arcades and is crowned with a fine modern roof with rich wall plates and 14 angels on the hammerbeams. Inside, a pedestal pulpit, richly carved altar rails and some excellent stained glass can be admired. 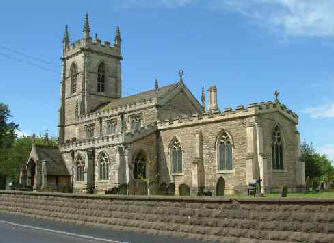 The exterior of St Bartholomew’s is richly adorned with a wonderful collection of beautifully carved Gargoyles and Grotesques. It is alleged that some of the more colourful were based on village characters of the day! You might be forgiven for assuming that the tradition still exists!
The photographs pictured here were taken in December 2003 and January 2004. 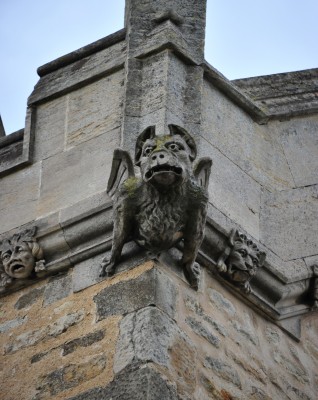 Although the bell tower has fallen silent therein is housed the hourly striking clock – notable for not having an exterior face. It was a gift from a farmer come churchwarden who wanted his men working in the fields to hear the passing hours but said that if other people wanted to know the minutes, they could look at their own clocks! The clock was manufactured by Edward John Dent – who also created the mechanism housed in The Elizabeth Tower at the Palace of Westminster – home  to Big Ben! 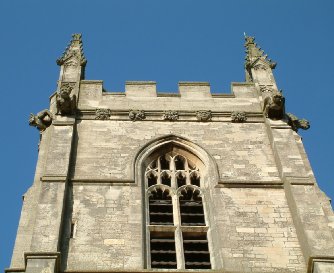 The workings of the clock seem very simple! 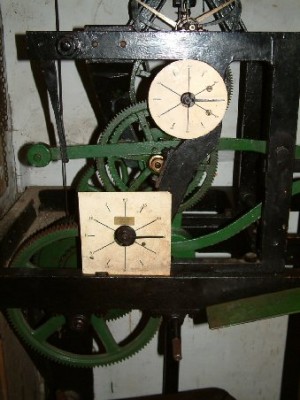 A few people have asked, ‘What is it like on the Tower roof?’ ‘Amazing’ is the only way to describe it! The following section of photographs show the actual roof and the tower doorway as well as some shots of the wonderful, and in some cases rather frightening gargoyles – looking down on them for a change! 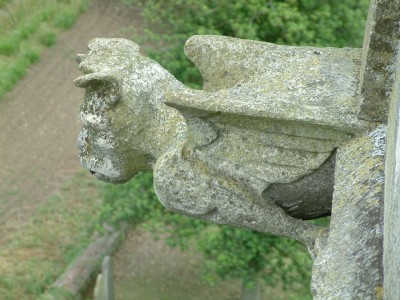 The view from the top is spectacular! 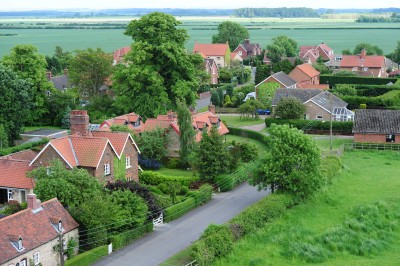 The picturesque interior makes a beautiful setting for the many ceremony’s, both happy and sad, that take place around the year. 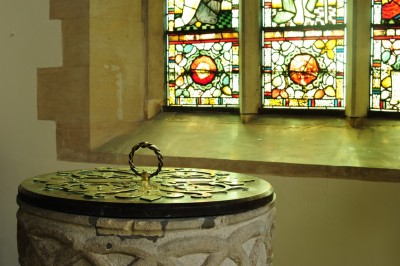 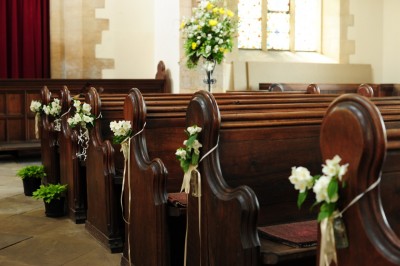 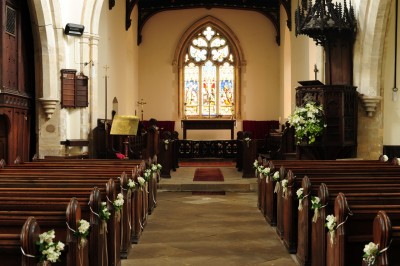 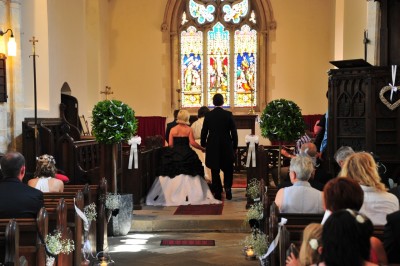 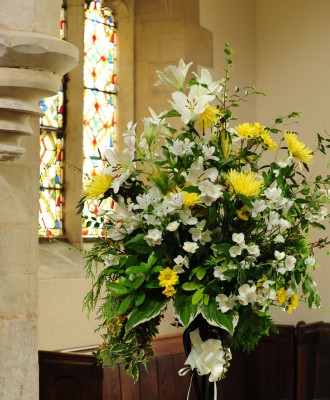 Holy Communion: 1st and 3rd Sunday’s each month at 9.15am and 8am respectively.

About one mile south of the village is Thornholm, where there was a Priory of Augustine Canons, founded by King Stephen. The priory was dissolved in 1538 and only traces of the remains of the Priory remain today.

For centuries, silent sentinels,
The gargoyles of St. Bartholomew church,
In Appleby, England, stare down,
On the inhabitants of the village.
Grimacing expressions, threatening stance,
They cling to the walls.
Grotesque in form, leering countenance
of malignity and lasciviousness
Season after season.
A quarter human, a quarter animal,
Half evil demons, keeper of the
Grave yard below.
Never tire, always diligent,
They watch, they forever watch. 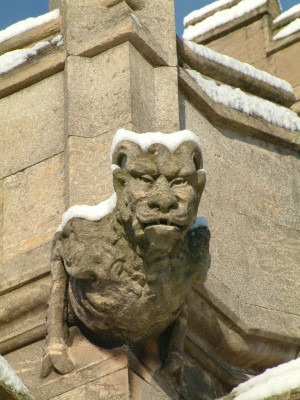