Community Speed Watch (CSW) is a national scheme to allow trained volunteers to address speed concerns within their communities. It is not enforcement. It is about raising awareness of speeding within communities and educating drivers.

Community Speed Watch was officially launched in the Humberside Police area in August this year. Over 120 volunteers have been trained in 15 locations.

Aims of the scheme

To ensure consistency, all volunteers must be 18 or over & will receive training from the Humberside Police CSW Co-ordinator before they are allowed to undertake roadside speed monitoring. Our group of volunteers have undergone that training & will operate on behalf of our community within the Parish.

Appleby & Santon CSW group currently consists of 7 volunteers who share the concerns of our residents. The activities of the group are organised by a member of the group. These volunteers are unpaid & are prepared to give up their time to help to improve the safety of fellow residents & other road users.

CSW teams are deployed as passive observers/ recorders of vehicles passing the monitoring location from either direction. They will wear high visibility tops to ensure that they are highly visible to motorists. Signs will be placed on the approaches to the monitoring site to inform motorists that monitoring is being carried.

It is hoped that these measures will help ensure the safety of the volunteers, maximise educational impact & reduce the risk of sudden reactions by drivers.

Each monitoring session will be carried out by 3 volunteers who will check the speed of vehicles approaching the monitoring location from either direction using a Radar gun, which is accurate to +/- 1mph. The details of any vehicles exceeding the designated speed limit, together with their speed will be recorded by the team on a spreadsheet.

CSW can only be conducted on single carriageways in 30 mph and 40 mph areas during the hours of daylight. CSW teams will only be deployed to areas where the Parish Council or the Police have identified a Community concern. Many residents in Appleby & Santon have raised concerns about vehicles speeding in both villages.

CSW cannot be conducted at locations which are already subject to monitoring and/or enforcement by Safer Roads Humber or Humberside Police e.g. Ermine Street between the 30mph signs. Locations for CSW will be overt & safe for both volunteers and motorists.

The information collected during monitoring sessions will be forwarded to the Humberside Police CSW Coordinator. It will then be checked against the Police National Computer to identify the registered keeper.

An appropriate advisory letter will be sent by Humberside Police to the registered keeper of the offending vehicles on the first two occasions. Should there be a third occurrence a police officer will visit the registered keeper & will remind them that further action will follow if they continue to speed. If further action is required it will be undertaken by Humberside Police or Safer Roads Humber and the outcome is likely to be punitive.

Volunteers should not normally know the identity of drivers of speeding vehicles, however, as the volunteers operate in their own local area some recognition is inevitable. If this occurs, driver or personal details will not be disclosed & confidentiality will apply.

Information about speeding gathered through the CSW process will be collated to facilitate appropriate conventional Police speed enforcement activity and shared with the Humberside Police & Safer Roads Humber to assist in further initiatives.

The teams across the Humberside area have given 91 hours to monitor traffic at the roadside since CSW went live in August this year. In the time that the teams were at the road side, 16,403 vehicles were recorded as passing the monitoring sites.

From those vehicles, 765 education letters were issued to drivers for being over the speeding threshold, which is less than 5% of the volume of traffic recorded.  Of the letters issued, 728 were for a first warning, 35 were issued with a second warning and sadly 2 drivers required a personal visit. This means that over 95% only needed one warning letter to make them realise they were travelling too fast in our Towns and Villages.

The first monitoring session by the Appleby & Santon CSW was carried out on Friday 13th December at the Appleby Station Area where the designated speed limit is 40 mph.

During the period that the monitoring team were at the roadside a noticeable change could be seen in the speed of some vehicles. This is in line with reports from other teams across the Humberside Police area.

If you would like to volunteer to be part of the Appleby & Santon CSW please email: ianhook @ hotmail .co.uk., and he will pass your details to the local coordinator. 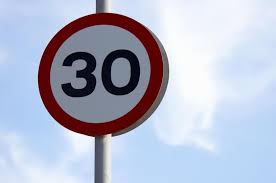 Information provided by and posted on behalf of

Please do not use any content without the express permission of the copyright holder.
The Thatched Cottage – Appleby – North Lincs
Email: hello@fairymagic.me

We use cookies to ensure that we give you the best experience on our website. More information may be found by clicking on the link in the main menu.OK with cookies