Appleby is a parish and pleasant village on the Roman Road, ‘Ermine Street’, with a station on the Doncaster and Grimsby section of the Great Central railway, 1 mile south from the village, 23 east-north-east from Doncaster, 7 north-west from Brigg, 23/4 south-east from Winterton and 170½ from London, in the Brigg division of the county, parts of Lindsey, north division of Manley wapentake, Glanford Brigg union,Brigg and Scunthorpe county court district, petty sessional division of Scunthorpe, rural deanery of Manlake, archdeaconry of Stow and diocese of Lincoln. 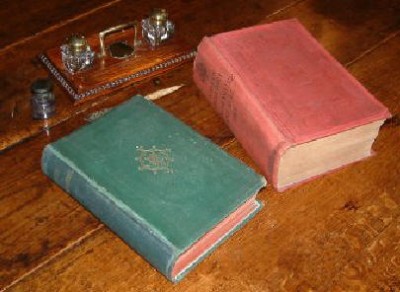 The Church of St Bartholomew is an edifice of stone in the perpendicular style, consisting of chancel, clerestoried nave of three bays, aisles, south porch and an embattled western tower with pinnacles containing 6 bells and a clock presented in 1882 by William Coulman Brown of this parish: the exterior was restored in 1868, and in 1882 the church was new roofed, the nave and tower partly rebuilt and the interior reseated in oak, at a cost of £3540, chiefly defrayed by the Rev. Canon John Dew. Cross M.A. Vicar 1856-91 and Lord St. Oswald. There are 222 sittings. The register dates from the year 1570. The living is a vicarage, net yearly value £320, including 9 acres of glebe, and residence, in the gift of Lord St. Oswald, of Nostell Priory, near Wakefield, and of Appleby Hall, and held since 1913 by the Rev. Leonard Leader Cooper M.A. Of Durham University and Div. Test T.C.D. At Thornholme, 2 miles south-east, are the ruins of a priory of Augustine canons, founded by King Stephen (1135-54), and dedicated to St Mary; at it’s dissolution there were 10 canons, and revenues valued at £105. In the village are the remains of an ancient cross. Here are iron works belonging to Appleby Iron Co. Ltd. The Reading Room here was established in 1861. The Waterworks of the Brumby and Froddingham urban District Council were situated here were opened in 1908. Appleby Hall, an ancient mansion, is the residence of the Dowager Lady St Oswald. Lord St Oswald is lord of the manor and principal land owner. The soil is partly loam and gravelly; subsoil, limestone. There is a valuable bed of ironstone. The chief crops are wheat, barley and oats and potatoes. The area is 5693 acres; rateable value, £9609; population in 1911, 609 in Appleby township and 23 in Raventhorpe township, 6 miles south-west; the area of Raventhorpe is 641 acres, of which 280 acres are woodland; rateable value, £321.
The population of the ecclesiastical parish in 1911 was 632.
RAVENTHORPE is a hamlet in this parish.
Post, M.O.&T. Office. – Mrs. Mabel Thompson, subpostmistress. Letters through Doncaster; no deliver or dispatch on sundays. There is also a telegraph office at the railway station, 1 mile distant, which is closed on Sundays
Wall Letter Boxes. – Station & at Raventhorpe
Public Elementary School, built in 1850 & enlarged in 1878 by Charles Winn esq. for 150 children; Robert Heaton, master
Railway Station, Walter Fowler, stationmaster
Carriers.: T. & H. Ling, to Brigg, thurs