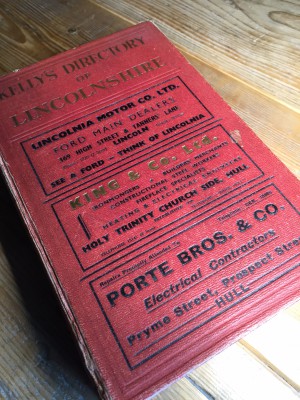 Appleby is a parish and pleasant village on the Roman Road, “Ermine Street,” with a station on the Doncaster and Grimsby section of the London and North eastern railway, 1 mile south from the village, 23 east-north-east from Doncaster, 7 north-west from Brigg, 5 miles from Scunthorpe, 2 3/4 south-east from Winterton and 170 1/2 from London, in the Brigg Division of the country, parts of Lindsey, north division of Manley wapentake, Glanford Brigg rural district, petty sessional division of Scunthorpe, rural deanery of manlake, arch-deaconry of Stow and diocese of Lincoln. By a county Council order, dated March 10th, 1919, confirmed by a Ministry of health Order, July 18th 1919, a portion of this parish was transferred to the Urban District of Scunthorpe and Froddingham.

The church of St. Bartholomew is an edifice of stone  in the perpendicular style, consisting of chancel, clerestoried nave of three bays, aisles, south porch and an embattled western tower with pinnacles containing 6 bells. The exterior was restored and in 1882 the church was new roofed, the nave and tower partly rebuilt and the interior reseated in oak, at a cost of £3540, chiefly defrayed by the Rev. Canon John Dew. Cross M.A. Vicar 1856-91 and Lord St. Oswald. There are 222 sittings. The register dates from the year 1570.

The living is a vicarage, net yearly value £413, including 9 acres of glebe and residence, in the gift of the trustees of the late Lord St. Oswald, and held since 1928 by the Rev. frederick James Evans B.A. of St. David’s College, lampeter.

At Thornholme, 2 miles south-east, are the ruins of a priory of Augustine canons, founded by King Stephen (1135-54), and dedicated to St Mary; at it’s dissolution there were 10 canons, and revenues valued at £105. In the village are the remains of an ancient cross.

The Church Institute and Parish hall was opened by the Bishop of Lincoln in January, 19925. In 1923 an oak tree was planted in the centre of the village as a memorial to the men of the Parish who fell in the Great War, 1914-18; a stone placed nearby bears their names.

The Waterworks of the Brumby and Froddingham urban District Council were situated here were opened in 1908.

Appleby Hall, an ancient mansion, was destroyed by fire in 1933 and only the ruins remain. The trustees of the late Lord St. Oswald (d. 1919) are lords of the manor and principle landowners. The soil is partially loam and gravelly; subsoil, limestone. There is a valuable bed of ironstone. The chief crops are wheat, barley and oats and potatoes. The area is 5693 acres; population in 1931 was 796. The population of the ecclesiastical parish in 1931 was 996.

Omnibus service between Scunthorpe and Winterton 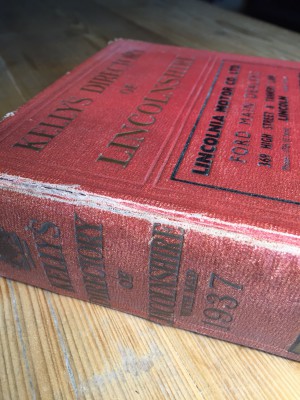